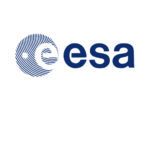 We are currently developing in colaboration with ESA novel technologies for beam steering on compact optical bread boards.  The aim of the project is to simplify existing techniques whilst increasing stability and scalability.

Scientific space missions require an ever-increasing level of optical complexity. Beams must be split, recombined and coupled in and out of optical fibres. Modern optical platforms must include active elements such as acousto-optic and electro-optic modulators, as well as mechanical shutters. Example applications include the LISA interferometer, where optical laser beams must be prepared and controlled, or the STE-QUEST II and PHARAO atom-clock missions, where many different laser beams must be controlled in frequency and amplitude in order to cool and manipulate atomic clouds. The main challenge is that the beams must be coupled into single mode optical fibres after having traversed a number of active and passive optical elements. This can only be achieved using optical breadboard technology.

The standard solution to reduce the effect of unavoidable thermal variations is to use a thick base-plate from an ultra-low-expansion (ULE) material such as Zerodur. One then mounts optical elements onto the base-plate using methods like Hydroxide-catalysis bonding (LISA) or UV-curable optical adhesives (MAIUS-QUANTUS).  In many cases (like a beam-splitter to be glued) the vertical angle can only be adjusted by machining the optical element itself. Where precise adjustments or more complex shapes are required, currently one has to use non-ULE materials such as Invar or sapphire. The fibre couplers, for example, typically consist of in complex housings allowing both angle and position displacement. This often requires the use of non-ULE materials.