We present a slave laser highly suitable for the preparation and detection of 87Rb Bose-Einstein condensates (BEC). A highly anti-reflection coated laser diode serves as an optical amplifier, which requires neither active temperature stabilization nor dedicated equipment monitoring the spectral purity of the amplified light. The laser power can be controlled with a precision of 10μW in 70mW with relative fluctuations down to 2 × 10^−4. Due to its simplicity and reliability, this slave laser will be a useful tool for laboratory, mobile, or even space-based cold-atom experiments. By the way of demonstration this slave laser was used as the sole 780nm light-source in the production of 3×10^4 BECs in a hybrid magnetic/dipole trap. 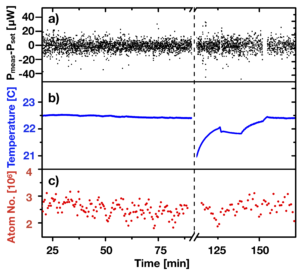 Figure 1: Stability of the power of a AR-coated diode lase slave. 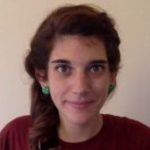 Alexandra Roussou has given a very interesting talk on the Excitation Spectrum Of A Mixture Of Two Bose Gases Confined In A Ring Potential With Interaction Asymmetry.

Premjith joins us from the Cochin University of Science and Technology South Kalamassery in Kerala, India to do the research for his master thesis.

Our ESA Space-Optics project has reached a major milestone:  We have finished the development of a novel beam collimation technique, which works allows us to adjust the waist of the laser beam emitted from a fibre coupler to an arbitrary position simply by maximising the peak intensity of the laser beam at some other position. 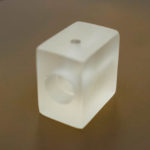 This is a fiber collimator manufactured from the ultra-low expansion material ZERODUR.

In order to make the coupler space-compatible it is manufactured from ultra-low-expansion ceramics (ZERODUR) and has no moving parts.

We have been appointed the Greek representatives of “Quantum Technologies in Space (QTSpace)”.

The scientific and technological legacy of the 20th century includes milestones such as quantum mechanics and pioneering space missions. Both endeavours have opened new avenues for the furthering of our understanding of Nature, and are true landmarks of modern science. Quantum theory and space science form building blocks of a powerful research framework for exploring the boundaries of modern physicsthrough the unique working conditions offered by experimental tests performed in space.

Space-based sources of entangled photons promise the formation of global quantum communication networks, long-distance tests of quantum theory and the interplay between relativity and quantum entanglement.

Harnessing microgravity, high vacuum and low temperature of deep space promises allowing the study of deviations from standard quantum theoryfor high-mass test particles. Space-based experiments of metrology and sensing will push the precision of clocks, mass detectors and transducers towards the engineering of novel quantum technologies.

Figure 2. Experimental realisation of a ring-shaped TAAP waveguide. The radius of the ring is R = 570 μm.

Abstract: We present two novel matter-wave Sagnac interferometers based on ring-shaped time-averaged adiabatic potentials, where the atoms are put into a superposition of two different spin states and manipulated independently using elliptically polarized rf-fields. In the first interferometer the atoms are accelerated by spin-state-dependent forces and then travel around the ring in a matter-wave guide. In the second one the atoms are fully trapped during the entire interferometric sequence and are moved around the ring in two spin-state-dependent `buckets’.

Figure 6. Experimental realisation of arbitrary traps. The fitted radius is 440 μm and 450 μm respectively.  Note that (a) and (b) are taken with identical experimental conditions and differ only in the state of the atoms. The axis of the circular rf component and the one of the tilted modulation are not orthogonal.

Corrections to the ideal Sagnac phase are investigated for both cases. We experimentally demonstrate the key atom-optical elements of the interferometer such as the independent manipulation of two different spin states in the ring-shaped potentials under identical experimental conditions.

Georgos Vasilakis is joining us as a postdoc on BEC1.

Before joining us Vasilis was…

We can now load up to 10^6 atoms in a perfectly flat TAAP ring.

Abstract:
The brightest atom lasers to date are formed by time-dependent adiabatic potentials from magnetic Ioffe-Pritchard traps. We analyse these potentials based on a harmonic trap in the presence of gravity. We present a detailed analytic model of the trap and determine the flux of the atom laser, which we find to be in good agreement with recent experimental data. We also present a novel method for determining the Rabi frequency of the dressing rf-field.